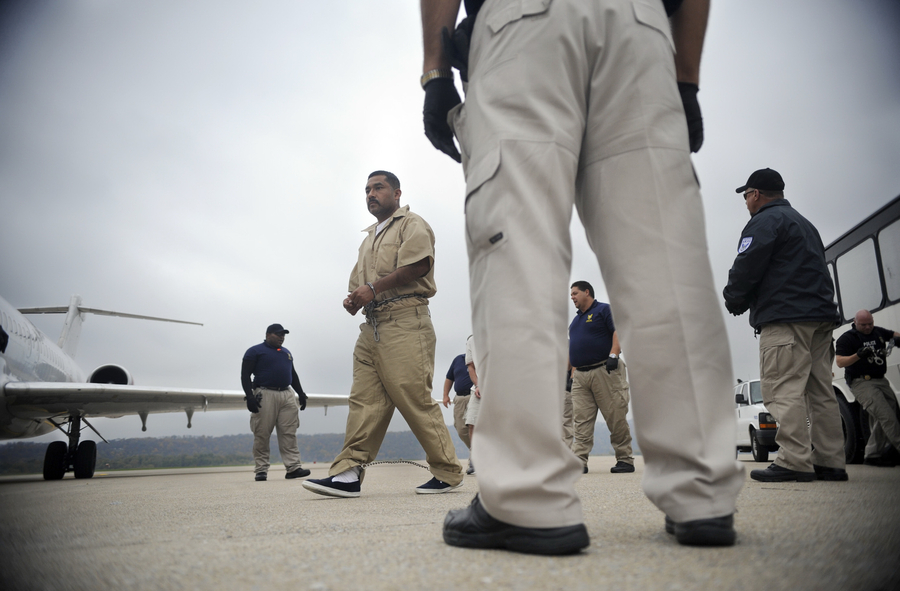 Almost every day, a flight chartered by the U.S. government carrying as many as 100 illegal immigrants takes off from the Harrisburg International Airport and heads toward the border with Mexico. Hundreds of other immigrants are held at prisons throughout Pennsylvania as they await deportation. Here, Pablo “Paul” Cruz departs a bus at the Harrisburg airport to board a plane headed for Harlingen, Texas, on Oct. 29, 2009. From Harlingen, Cruz and 106 other illegal immigrants were driven to the Mexican border in Hidalgo, Texas, and forced to leave the country. 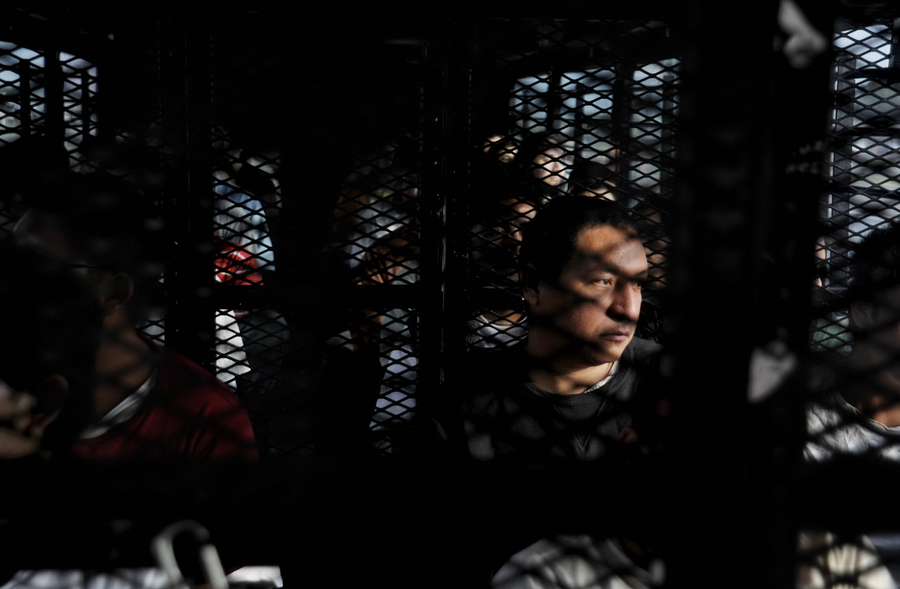 Danyel Montes sits on a bus traveling from Harlingen, Texas, to the U.S.-Mexico border at Hidalgo, Texas, on Oct. 29, 2009. 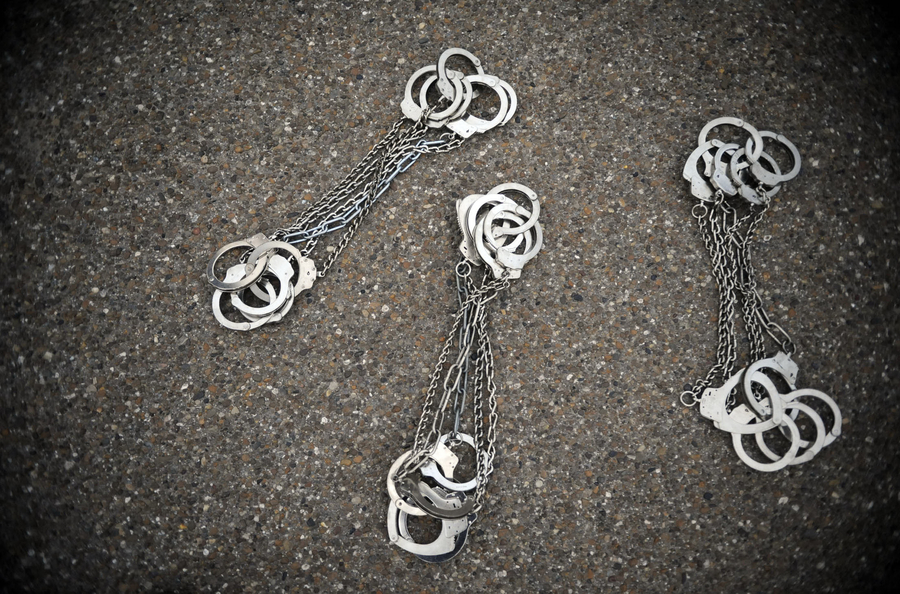 Three groups of shackles lie on the concrete at the Mexican border in Hidalgo, Texas, after a group of 107 illegal Mexican immigrants were deported on Oct. 29, 2009. 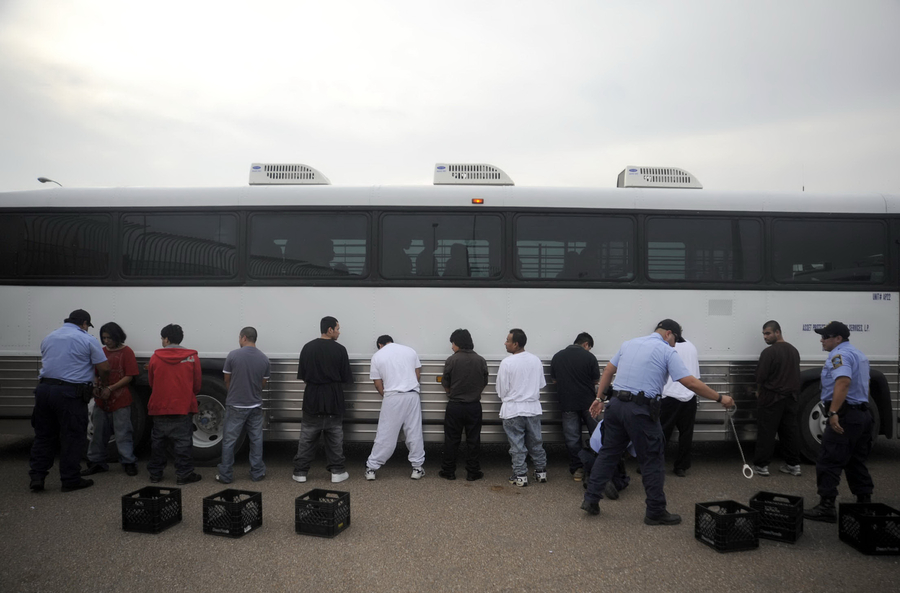 A group of 10 Mexican detainees have their shackles removed at the U.S.-Mexico border in Hidalgo, Texas, on Oct. 29, 2009. Groups of 10 were brought off of buses, uncuffed, and then walked across the border. 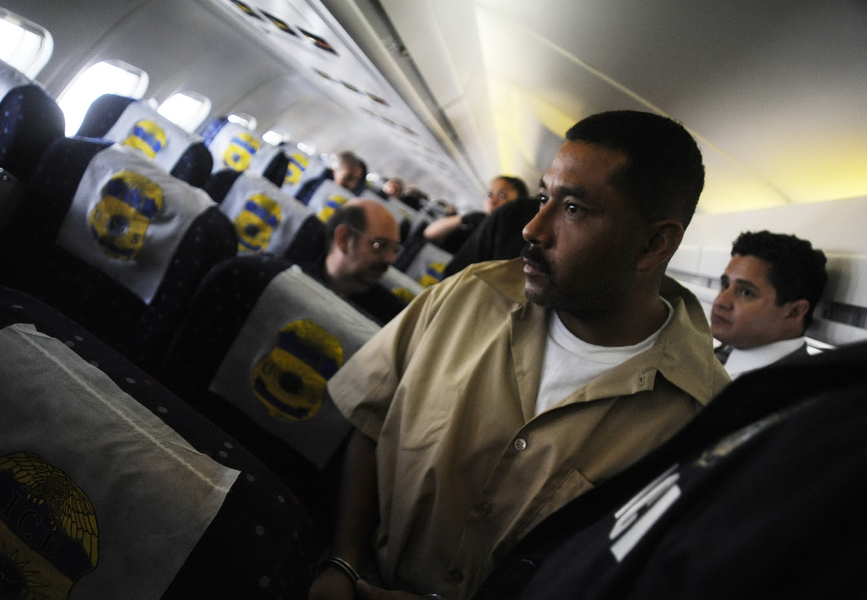 Pablo “Paul” Cruz, one of 107 illegal immigrants being deported from the United States, walks to the front of the plane bound for Harlingen, Texas, for an interview with the Post-Gazette on Oct. 29, 2009. 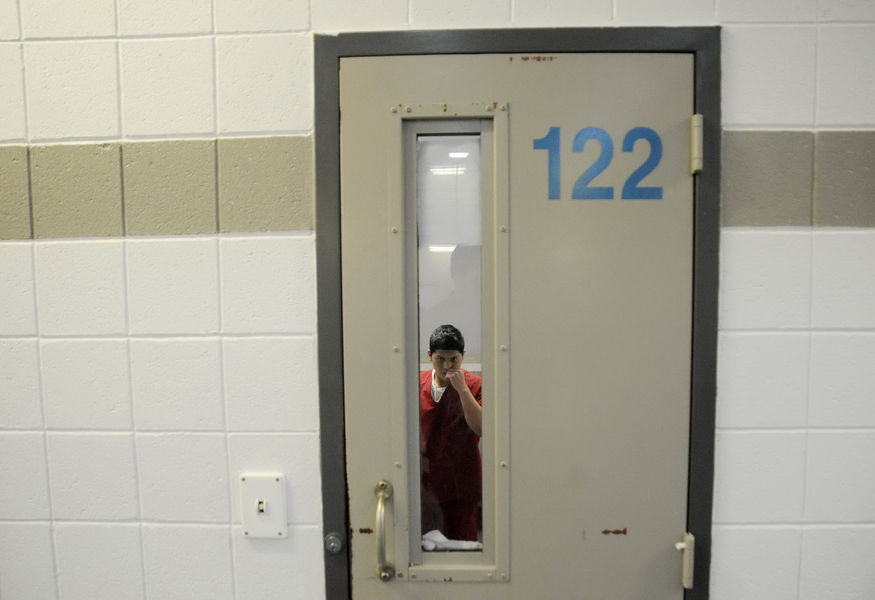 Evaristos Matomo-Prito, a Guatemalan being held at the Allegheny County Jail, stands at the window of his cell on Nov. 5, 2009. 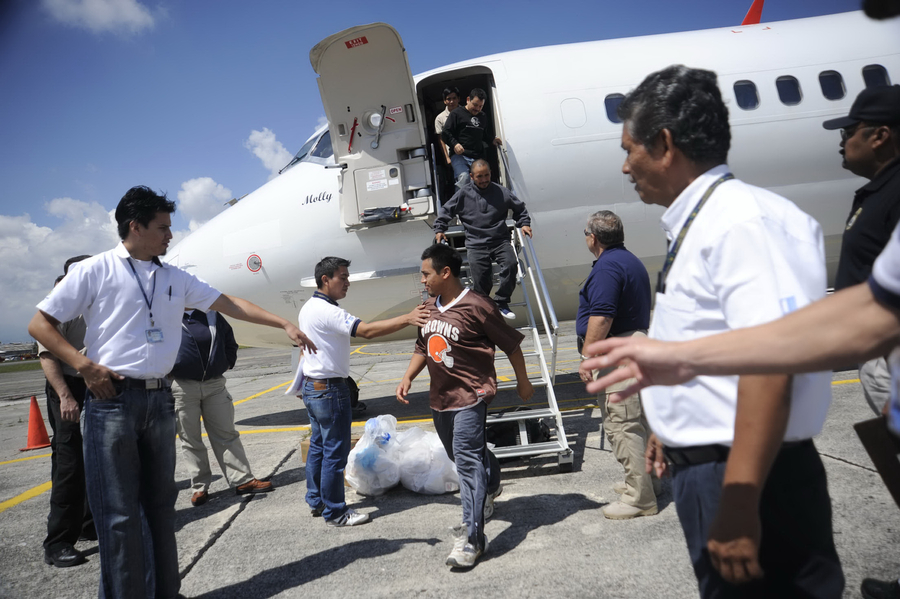 A group of repatriated Guatemalans disembark a flight from Harlingen, Texas, at the Guatemala City airport on Oct. 30, 2009. 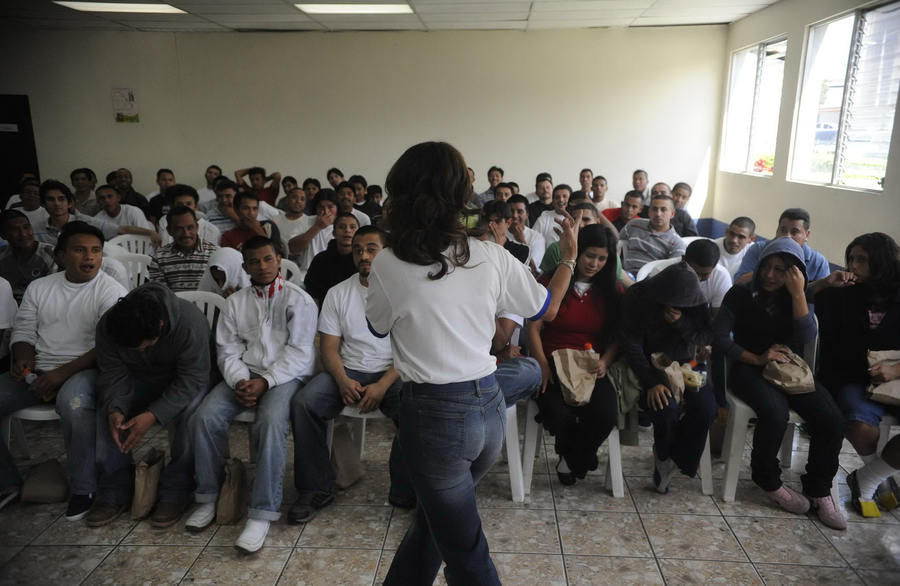 Marta Munoz-Lopez, an immigration inspector for Guatemalan immigration, talks with a group of repatriated Guatemalans at the Guatemala City airport on Oct. 30, 2009. 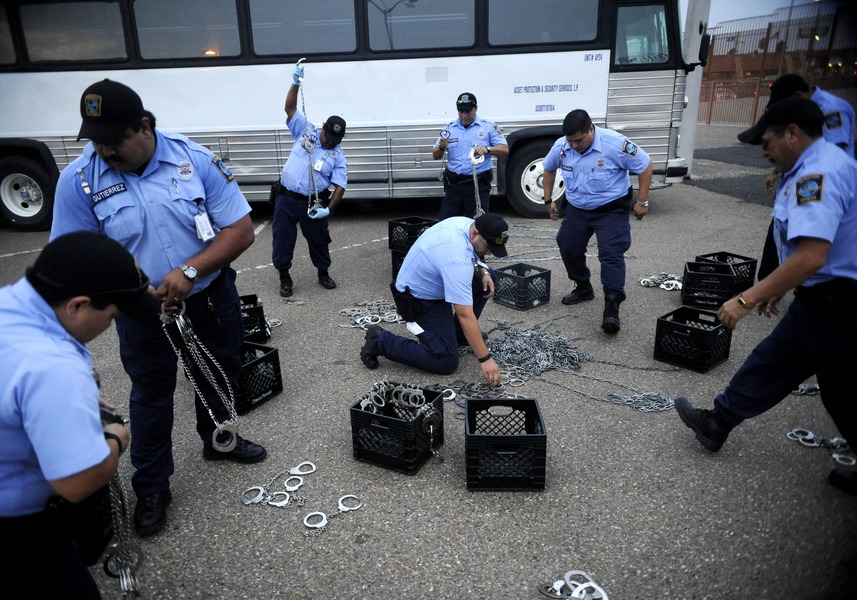 Guards count shackles and handcuffs after releasing 107 Mexican immigrants over the U.S.-Mexico border. 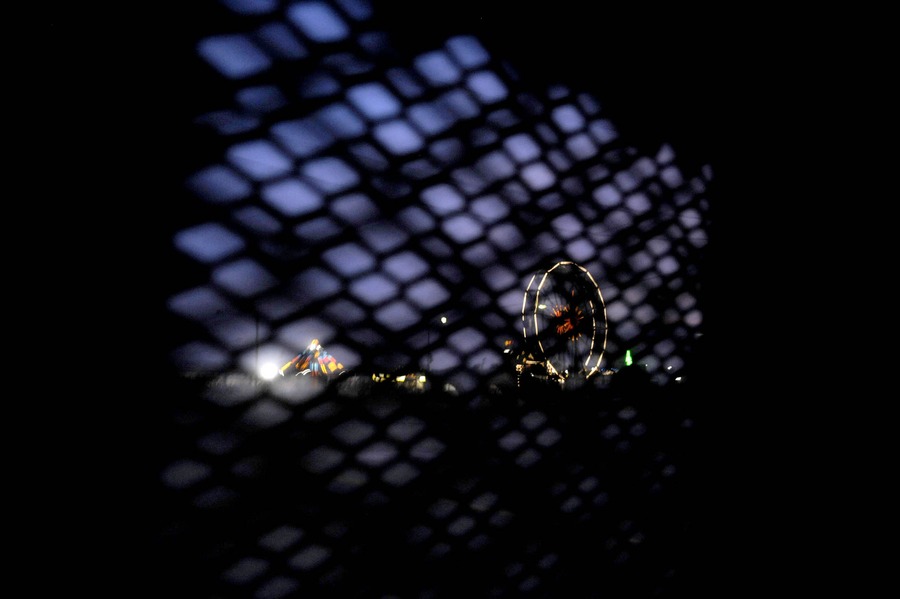 A carnival can be seen from inside a caged van returning from the Mexican border on Oct. 29, 2009.